Exit Tickets are a great tool to quickly assess your students' understanding of a concept. Exit tickets should take no longer than a couple of minutes to complete and they provide the teacher with valuable information to help guide their instruction.

UPDATE: This resource now includes digital exit tickets on Google Forms(TM). They can be assigned on any online platform and are auto-graded!

This set of exit tickets cover ALL of the 2nd grade math standards and concepts:

►CCSS.MATH.CONTENT.2.OA.A.1
Use addition and subtraction within 100 to solve one- and two-step word problems involving situations of adding to, taking from, putting together, taking apart, and comparing, with unknowns in all positions, e.g., by using drawings and equations with a symbol for the unknown number to represent the problem.

►CCSS.MATH.CONTENT.2.OA.B.2
Fluently add and subtract within 20 using mental strategies. By end of Grade 2, know from memory all sums of two one-digit numbers.

►CCSS.MATH.CONTENT.2.oa.c.3
Determine whether a group of objects (up to 20) has an odd or even number of members, e.g., by pairing objects or counting them by 2s; write an equation to express an even number as a sum of two equal addends.

►CCSS.MATH.CONTENT.2.oa.c.4
Use addition to find the total number of objects arranged in rectangular arrays with up to 5 rows and up to 5 columns; write an equation to express the total as a sum of equal addends.

►CCSS.MATH.CONTENT.2.NBT.A.1
Understand that the three digits of a three-digit number represent amounts of hundreds, tens, and ones; e.g., 706 equals 7 hundreds, 0 tens, and 6 ones. Understand the following as special cases:

►CCSS.MATH.CONTENT.2.NBT.A.4
Compare two three-digit numbers based on meanings of the hundreds, tens, and ones digits, using >, =, and < symbols to record the results of comparisons.

►CCSS.MATH.CONTENT.2.NBT.B.5
Fluently add and subtract within 100 using strategies based on place value, properties of operations, and/or the relationship between addition and subtraction.

►CCSS.MATH.CONTENT.2.NBT.B.6
Add up to four two-digit numbers using strategies based on place value and properties of operations.

►CCSS.MATH.CONTENT.2.NBT.B.7
Add and subtract within 1000, using concrete models or drawings and strategies based on place value, properties of operations, and/or the relationship between addition and subtraction; relate the strategy to a written method. Understanding that in adding or subtracting three-digit numbers, one adds or subtracts hundreds and hundreds, tens and tens, ones and ones; and sometimes it is necessary to compose or decompose tens or hundreds.

►CCSSMATH.CONTENT.2.NBT.B.9
Explain why addition and subtraction strategies work, using place value and the properties of operations.

►CCSS.MATH.CONTENT.2.MD.A.1
Measure the length of an object by selecting and using appropriate tools such as rulers, yardsticks, meter sticks, and measuring tapes.

►CCSS.MATH.CONTENT.2.md.a.4
Measure to determine how much longer one object is than another, expressing the length difference in terms of a standard length unit.

►CCSS.MATH.CONTENT.2.MD.B.5
Use addition and subtraction within 100 to solve word problems involving lengths that are given in the same units, e.g., by using drawings (such as drawings of rulers) and equations with a symbol for the unknown number to represent the problem.

►CCSS.MATH.CONTENT.2.MD.C.7
Tell and write time from analog and digital clocks to the nearest five minutes, using a.m. and p.m.

►CCSS.MATH.CONTENT.2.MD.C.8
Solve word problems involving dollar bills, quarters, dimes, nickels, pennies, using $ and ¢ symbols appropriately. Example: If you have 2 dimes and 3 pennies, how many cents do you have?

►CCSS.MATH.CONTENT.2.MD.D.9
Generate measurement data by measuring lengths of several objects to the nearest whole unit, or by making repeated measurements of the same object. Show the measurements by making a line plot, where the horizontal scale is marked off in whole-number units.

►CCSS.MATH.CONTENT.2.MD.D.10
Draw a picture graph and a bar graph (with single-unit scale) to represent a data set with up to four categories. Solve simple put-together, take-apart, and compare problems using information presented in a bar graph.

►CCSS.MATH.CONTENT.2.G.A.1
Recognize and draw shapes having specified attributes, such as a given number of angles or a given number of equal faces. Identify triangles, quadrilaterals, pentagons, hexagons, and cubes.

►CCSS.MATH.CONTENT.2.g.a.2
Partition a rectangle into rows and columns of same-size squares and count to find the total number of them.

►CCSS.MATH.CONTENT.2.G.A.3
Partition circles and rectangles into two, three, or four equal shares, describe the shares using the words halves, thirds, half of, a third of, etc., and describe the whole as two halves, three thirds, four fourths. Recognize that equal shares of identical wholes need not have the same shape.

There are 140 exit tickets in this set (5 different exit tickets per skill). Each page of exit tickets has 2 copies of the same exit ticket to save on paper. Each exit ticket has 3-6 problems on each sheet. The standard is listed in the top right corner of every exit ticket. 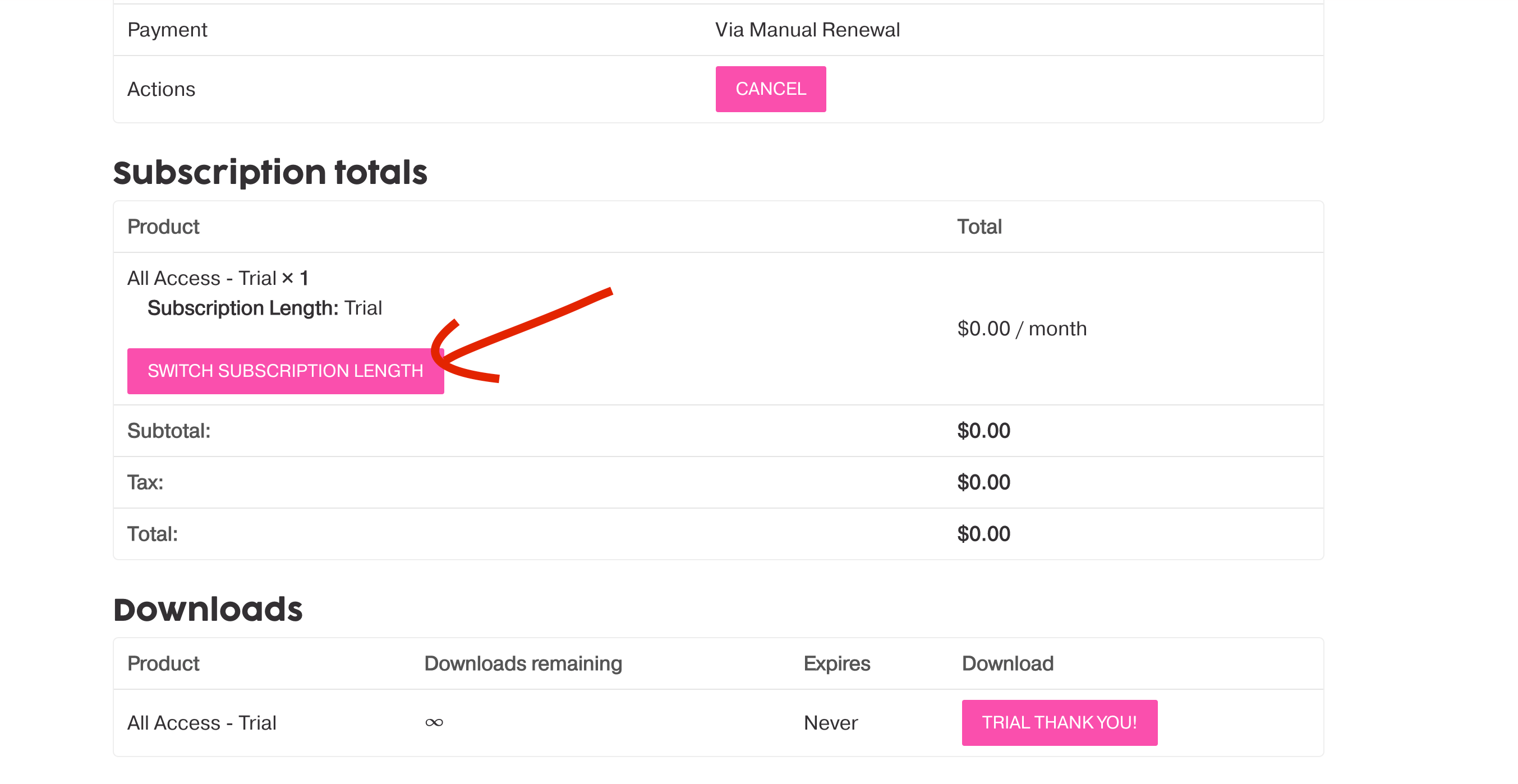 4. Choose your length and click switch subscription to add to cart.  Checkout as normal!

Join All Access as a full member to save to favorites!

LLL All Access is a teacher subscription that grants teachers access to all current and future Lucky Little Learners resources. Teachers pay a monthly or yearly fee and they can download anything that they want. Bonus: Our packs and bundles are all split apart into individual downloads so teachers can search and find activity options to match the skill being taught. Our advanced search and filters make finding what you need quick as a snap!

Yes, as a paying member, you can download as many teaching resources as you need. Remember that subscriptions only cover a single user and are only available for the duration of the subscription.

Is there a scope and sequence?

Can I differentiate with these printables?

Yes. As a 1st or 2nd grade teacher, you will have access to materials that are one year below and above grade level to help provide opportunities for differentiated practice.

I’ve purchased your resources in your Teachers Pay Teachers shop. Will LLL All Access still be worth it for me?

100%, yes! A huge benefit to All Access is that it's a quick tool for you to find the exact download that you need. The activities inside the subscription are listed by activity (not bundles). This is a benefit to you because you can find exactly what you need. Just click to download. We will also be adding exclusive activities that won't be found in our TPT store.

Do you accept purchase orders?

Yes we do. Click here to submit a purchase order.

Do you offer refunds?

The materials are delivered to you electronically. For that reason, I do not offer refunds. However, if you join the subscription and find it’s not a good fit for you, you can cancel anytime and you won’t be charged again.

Can I cancel at any time?

Yes, just change your subscription service from Paid to Free in your account. You will be able to access all of our resources only for the remainder of your billing period. Easy to cancel.